Perhaps you have already seen a few yoga practitioners going around wearing those long-beaded necklaces and wondered why they are so common amongst yogis. Well, these strings of beads are more than a regular fashion accessory; they go by the name of Japa Mala Beads and are also known by many simply as prayer beads. Their history remounts since approximately 3,000 years ago and having their roots in yoga, Hinduism, and Buddhism they were initially used for a type of meditation known as Japa; a Sanskrit word standing for “to recite.” Just as its definition implies, japa meditation consists of quietly using mantras or a divine name as you focus on quieting the mind. Mala on the other hand, means “meditation garland;” implying the way this item stands as a symbol of one’s own spiritual intention, practice, journey, and destination. 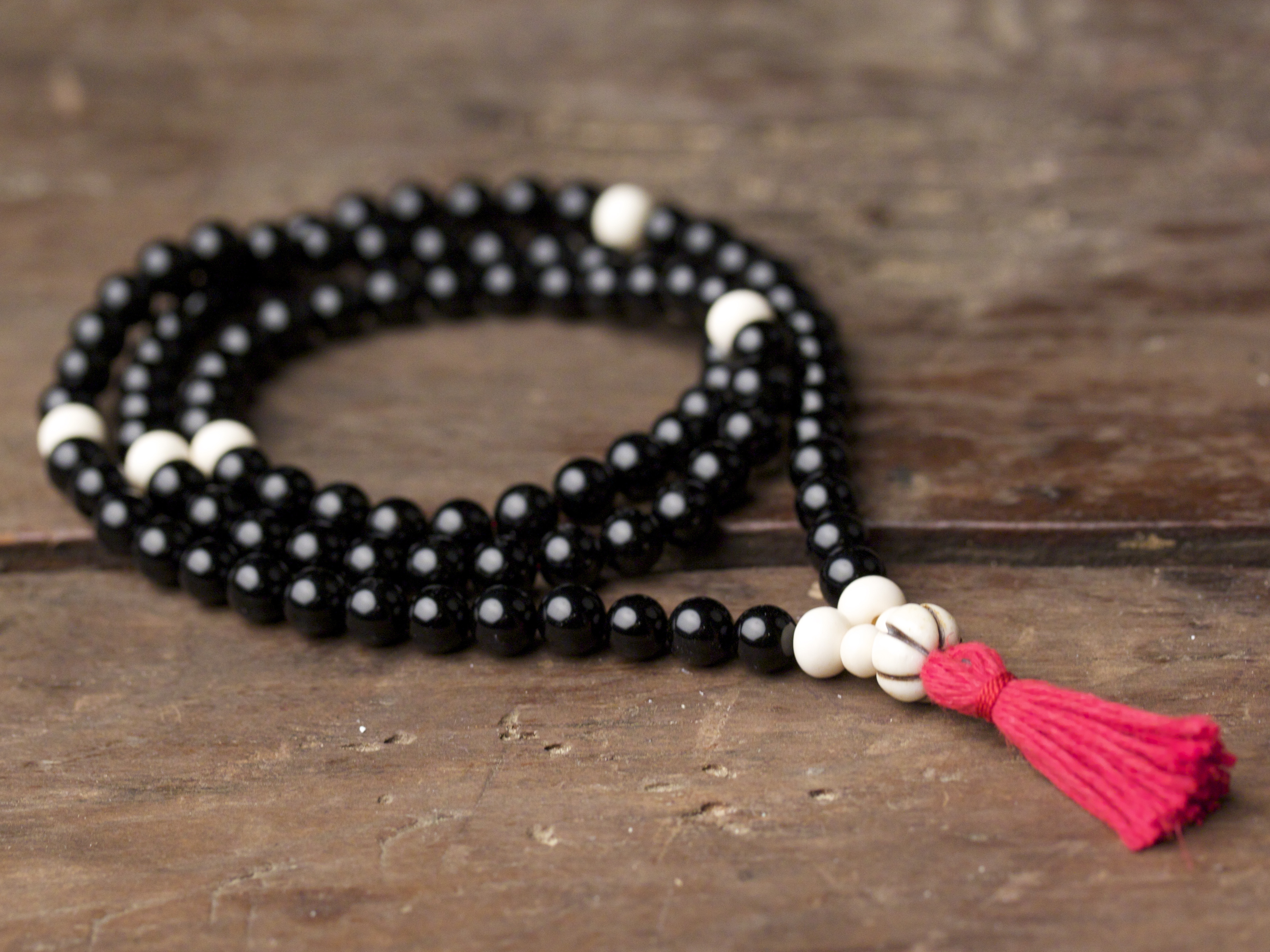 Each mala consists of 108 beads in addition to one on the top called Sumeru, literally translating into “wonderful Mount Meru;” a sacred mountain in Hindu, Buddhism, and Jain cosmology that is considered as the center of all physical, metaphysical, and spiritual universes. The idea is to hold the beads in between your thumb and forefinger without touching them with your middle finger (as it is considered a sign of disrespect) progressively moving from one bead to another by using your thumb. As you switch from bead to bead you concentrate your mind not only in your fingers’ movement but also in reciting mantras in sets of 108 repetitions. Once you reach the 109th upper bead you can show gratitude to your guru, teacher, and/or important people in your life. In Hinduism, the number 108 has for long been a sacred and divine number and though its interpretation varies substantially, some say that the number 1 represents God, your highest self, or the universe; 0 symbolizes humility and emptiness with regards to the spiritual practice and 8 timelessness and infinity.

The use of japa mala beads is especially relevant when practicing Dharana and Dhyana, the sixth and seventh limbs of yoga that seek single pointed concentration for later developing an uninterrupted concentration next to stillness, quietness, and awareness.

Now a-days malas are being manufactured by various suppliers inside and outside India and Asia, usually using materials such as seeds, sandalwood, rosewood, or gemstones. It is recommended to choose the one you feel attracted to and identified with the most, as well as to wear it during your meditation practice and throughout the day. It is said that the japa malas absorb the energies of your practice and thus mirrors them back to you later in your day to day life.

More from my site